The Wild Coast is a delightful land of contrasts, with a diversity of plants and animals unequaled anywhere.

This breathtakingly beautiful stretch of country offers small beaches fringed by coastal rivers and crystal clear lagoons, towering cliffs from whose heights waterfalls plunge into the ocean below, rolling hills, dense indigenous forests, and deep gorges in the depths of which one glimpses secret streams, and where one can sometimes hear the cough of a hunting leopard.

The Wild Coast consists of more than coastal geographical features, there is another boundary that defines this remarkable area, and that's the Agulhas Current. Flowing southwards, this vast volume of water follows the continental shelf at the speed at which a person walks. On calm days this is a well-defined mirror of indigo blue, acting as an offshore boundary to the coastal waters. 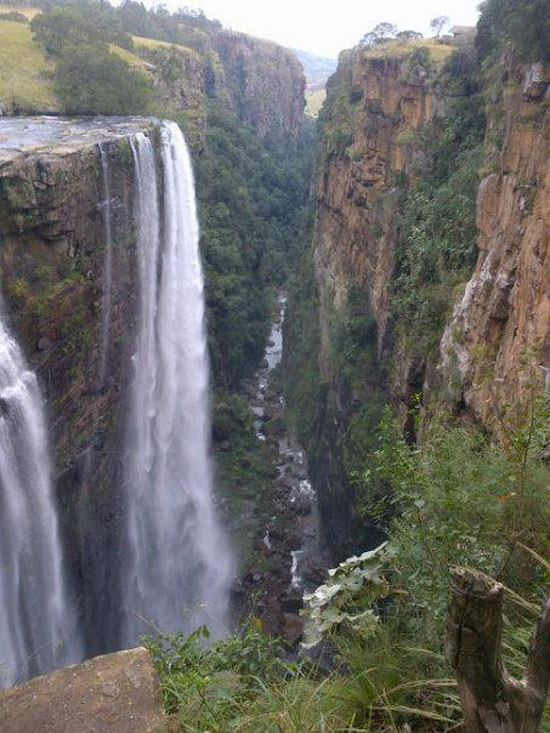 The waters inshore of this current are where one of Africa's largest yet least known migrations occurs. Each year, at the start of the winter gales, huge schools of sardines head northwards up the coast. They in turn are accompanied by huge schools of game fish and sharks feeding on them from below, and thousands of dolphins feeding on them in the upper levels. Soaring over them, in a wheeling mass are gannets and other sea birds in their thousands.

The Wild Coast is home to the Xhosa and Pondo peoples, who for centuries have inhabited the rolling green hills of the coastal terrace that rises from the shoreline. The earliest records of their presence are the reports of shipwrecked mariners.

This warm hospitality still exists today in the remoter areas of the region, where any person observing the dictates of good manners will be met with a warm welcome.

More about The Wild Coast…

"I really wanted to thank you for all your patience and help over the last few months. Outspan will always have a special place in the hearts of everybody who lived and worked there during this project and you and your staff were very much a part of the process. We are all missing PSJ terribly, so dont be surprised if you see some city-weary film crew limping back to the Pondo in the near future. Ceridwen from one step beyond"